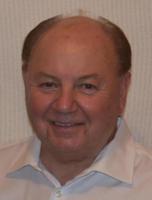 Dan Esdale – Dan was the founder of the EJHL in 1993. This Junior A league had fourteen teams from across the Northeastern United States. The winner of this league would then compete against the winners of other Tier III leagues who then would compete amongst each other for the National Championship. The New Jersey Hitmen were the final EJHL champions in the 2012-13 season. The EJHL would eventually disband and later become the Eastern Hockey League. Dan worked alongside Jim Prior and together, these two ran a successful league for many years. Dan eventually left the EJHL before it dissolved in 2008-09 to become the USA Hockey VP of Juniors. He always fought hard to make decisions that would be fair to everyone, but most importantly, he made decisions that would be in the best interest of the league and its players.