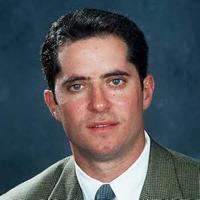 Mark Bavis - was a very successful left winger in the American Hockey League. He began his hockey career at Boston University. From 1989-1993, Mark scored 34 goals and 51 assists for 85 points and twice received the Bennet McInnis Award for Team Spirit, sharing the honor with his twin brother and Boston University teammate Mike. Together, Mark and Mike competed in the 1991 NCAA Championship game, won three Beanpot titles, and one Hockey East Championship. After Mark graduated, he played for the Providence Bruins and South Carolina Stingrays in the AHL. He then went on to become a scout for the Los Angeles Kings. But on September 11, 2001 Mark lost his life aboard United Airlines Flight 175 which struck the South Tower of the World Trade Center. The Mark Bavis Leadership foundation was then established because of his devotion to young men and women who are willing to work hard in their pursuit of success. The foundation was established to preserve Mark’s name and to allow deserving young men and women to enjoy similar opportunities and experiences in education and extracurricular activities that Mark was able to have. 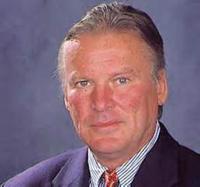 Garnett “Ace” Bailey  - lost his life aboard the same flight. He played junior hockey with the Edmonton Oil Kings and won the Memorial Cup in 1966. He joined the Boston Bruins in 1968 and was a member of their Cup winning teams in 1970 and 1972. He would go on to have a successful 12 seasons in the NHL and would later become a scout for the Oilers and Kings organizations. Wayne Gretzky considered him to be a great friend and mentor during his time in Edmonton. After his death, Bailey’s family founded the Ace Baily Children’s Foundation which raises funds to benefit hospitalized children, infants, and their families.