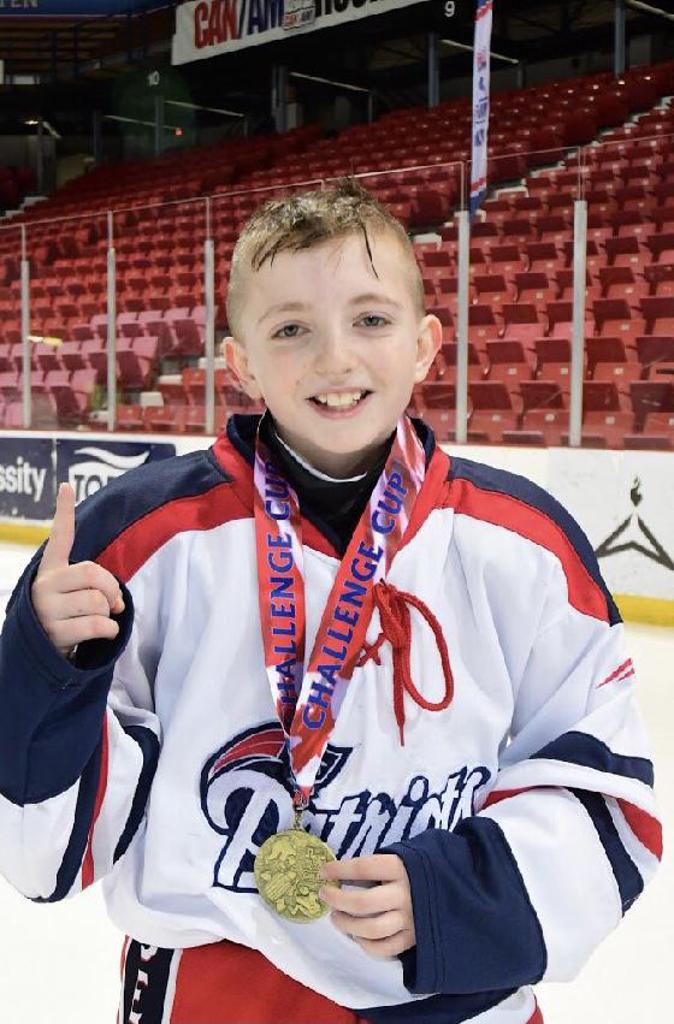 As some of you may already know, 11-year-old Secaucus Patriots PW 'A' player Franco Monnecka was recently diagnosed with Hodgkin's Lymphoma. It's been on social media and AAHA President, Glenn Heffernan has done a great job getting this message out to youth hockey organizations across the Atlantic District. Little Franco happens to also be the nephew and Godson of Patriots General Manager, Cory Robinson. His prognosis is Stage 2 which is positive, but it is not going to be an easy road as he has to go through 4-6 months of chemo and all of the things that go along with that. As a program, the Patriots are getting stickers for the player's helmets and hopefully a sign to display at the rink. His team has also collected donations to give him an iPad to use when he is at the hospital undergoing treatment.

The Patriots also plan to coordinate a video message amongst teams to leave a message of support for him. Any show of support for Franco and his family would be greatly appreciated.

The EJEPL wishes nothing but the best in a speedy recovery to Franco. As a hockey community, we will be with him and thinking of him and praying for him every step of the way.